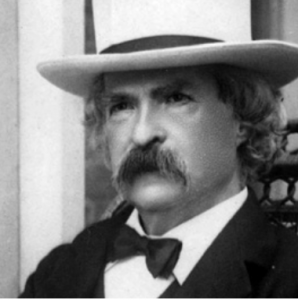 Samuel Langhorne Clemens, also known by his pen name Mark Twain, is perhaps best known for writing Adventures of Huckleberry Finn, which has been called “The Great American Novel.”

Twain enjoyed financial success from his writings and lectures, but he lost money in business ventures. Specifically, he attempted to create his own publishing house, and he invested too much money in the Paige Compositor, inventor James Paige’s failed attempt to innovate an automatic typesetting machine. In 1984, Twain was forced to le for bankruptcy after running out of money.

He later chose to pay all of his pre-bankruptcy creditors in full, despite having no legal obligation to do so. When Twain died in 1910 of a heart attack, his estate was valued at $471,000, which is about $12 million in today’s dollars.

That said, Twain was not a great businessman, and his history reflects this. He was, however, a prolific writer and speaker. Bankruptcy could not take this away from him.

And just as Mark Twain is defined by his successes more than his failures, you should define yourself by your successes rather than your failures. Remember, this is just one step in a journey of many, many steps.